Kona is really enjoying the obedience ring. At Coffs Harbour, she came first with a score of 97 points. At the GSD National, she came third with 92 points. Adding to this, at the Oxley Obedience trial, Kona won CCD Sat am with 96 points, gaining her CCD title. In the pm trial, she also won the CCD ring with a score of 94.
Bob then took Kona in for Rally novice for the first time. She got a pass Sat am, came 3rd in the pm show with 91 points and then to top off an awesome weekend, she scored 100/100 points, winning the ring and gaining her Rally Novice title.

Kona has started tracking and absolutely loves it.

Proud to say Kona passed her TD3, which means she has gained her Tracking Dog title. She received a very good grading in all of her tracks so far (TD1,TD2,TD3).
This is our first dog we have tracked and it is so enjoyable and rewarding.

About tracking - ✨ Tracking…it’s an art.The more I track the more I learn about how intricate the sport of IGP really is. Obedience and protection are one thing but tracking, it’s a league of its own.
Tracking doesn’t get as much screen time as our obedience or protection work because let’s face it, it’s more fun to watch a dog down with speed during a send-out in obedience than watch a dog sniff the ground. In protection we wait for the explosion of a dog as they find the Helper behind that blind. We lock our sights on the dog and lean forward in our seats in the seconds before the dog hits the sleeve on a courage test, because the excitement lies in watching the velocity and tenacity of a dog as both Helper and dog effortlessly entwine at the moment of impact - gravitational force sending them spinning into a duel of domination.
Obedience is expressive. Protection is explosive. But, there-in should lie the essence and intrigue of tracking. It’s not an adrenaline pumped display of power. It is tranquil. But the power of the dog’s conviction is the same, just exuded on a different emotional spectrum.
It’s teaching is more complex than just throwing food down on the ground and following the dog. Tracking is simple yet so very intricate. There are methods the dog must learn to be proficient in if they are to have success on the track. It’s about teaching them to problem solve. In obedience and protection trialling we know what the dog’s next move should be. The dog even knows. Picking a dumbbell off a stand can cue the dog that a retrieve may happen. The completion of the A-frame exercise can cue the dog for the next exercise, the send out. They learn a pattern. We can teach them to anticipate that pattern by teaching them even more patterns. We ourselves know the pattern we need to walk.
In a tracking trial, you don’t always know where your track goes. In the end it really does become an exercise of blind trust. At that point it is up to your dog. There are no physical structures to cue the dog or close handler contact where a handler can give their dog sneaky verbal help on what’s coming up next. Your communication happens through the line, through ground scent and at articles. These 3 things become your dog’s cues. Silent cues.
The track tells the dog what to do.
As with anything in training, how well you set your dog up for success will determine the outcome for your dog. How you lay your track relevant to the dog matters. When you lay it, how long you lay it for, what you put in it, what you don’t put in it, how you challenge the dog…the list goes on. Track laying is just as, if not more important, than the actual track. Laying the track is an art form in itself. It forms the basis of your dog’s foundations. And to keep your dog motivated and committed to the track is part of that balance. You can’t just stomp out a track and go for it. For your dog to have purpose you must lay your track with purpose. As a highly regarded training colleague once told me, “You must think like the dog”. Wise words.
You have to become a good reader of a dog’s body language. But it’s not just the physical aspect you should pay attention to. Here the focus should be more on the mental state of the dog. I would say the concentration required for a dog to track is far greater than the concentration required to follow a handler during obedience exercises or a protection run. Physical exertion requires a lot of endurance but we all know that mental exertion is more taxing on your body. The anticipation of a send out or the excitement of a Helper can all help to easily put the dog into a sense of compliance. But to actively fixate your concentration takes another form of discipline.
When I first started tracking I wondered what the point of it all was. I wanted to get to the fun stuff! Teaching my dog to heel and run for a toy, do blind searches and bark! But as time went on and I saw that there was more to tracking than just the blind leading the blind (what I was at the time!) that’s when I had my “uh huh!” moment. The moment which sparked more curiosity for this 'hidden in the shadows' part of the sport.
Tracking may not be the star of the show but unless you do it you really don’t know what you’re missing out on. So as I delve deeper into the magic of my dog's nose I realise that while this phase of the sport is relatively silent, it sure does have a lot to tell me and my dog.
Sharonika Williamson
- Clear Canine. 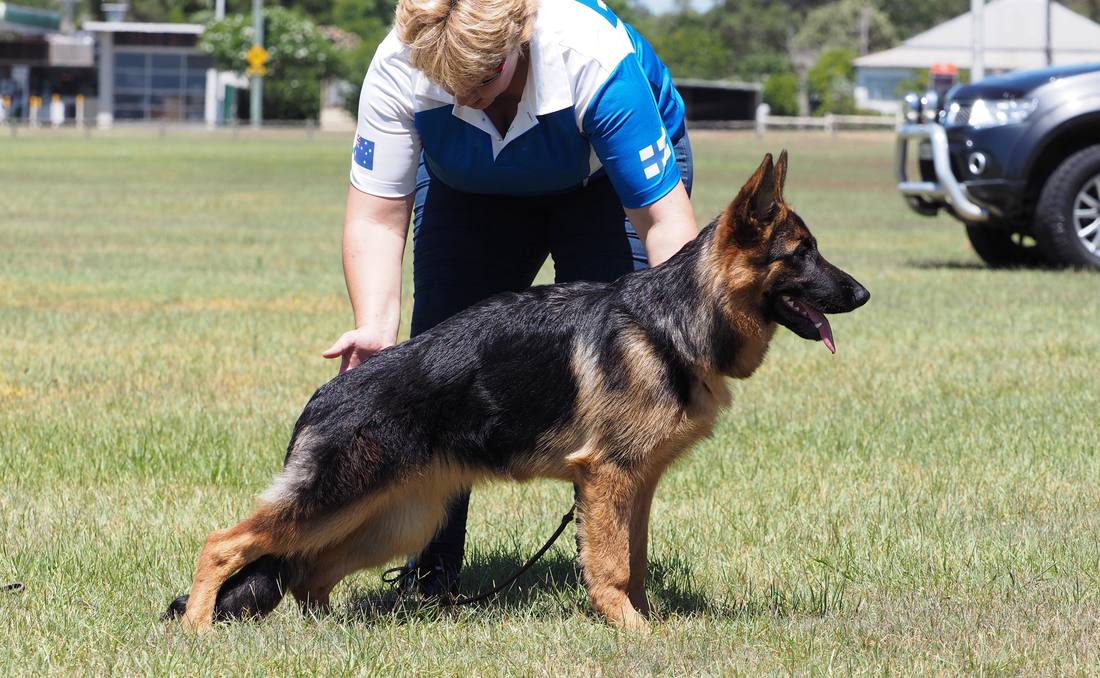